The Benefits of Radar Detectors

A radar detector is a valuable device for all drivers that can save you time, money and a great deal of hassle. Speeding tickets can cut deep into your wallet, and the associated insurance rate hike that can accompany those tickets can be even more painful. In general, most of us commute, we try our best to stay within the speed limit, or flow of traffic depending on the situation, but it can be easy to focus elsewhere and lose track of  just how fast you’re going. We all have moments at some point when we look down at the speedometer and think, “How did I get going this fast?” Instead of rubber-necking around trying to spot a police cruiser around every turn, with a radar detector you will know if a police officer or state trooper is nearby so you can adjust your speed accordingly. 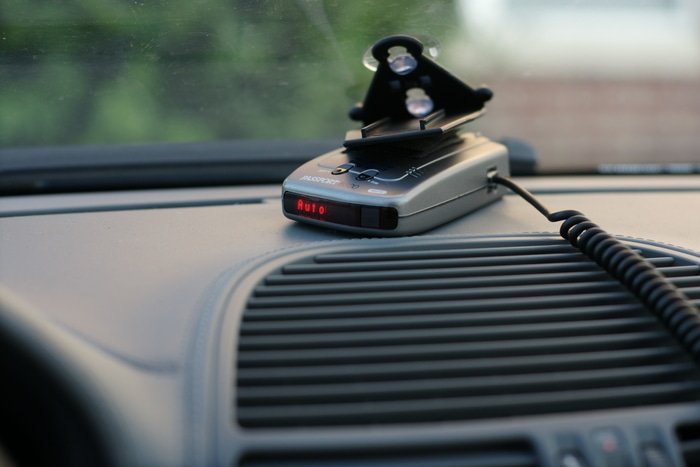 Every year, speeding tickets are responsible for millions of dollars in fines, and not only cost the drivers in ticket fees but also in costly insurance premiums and points against their license. The main benefit of a radar detector is to make the driver aware of an officer in the area who is using an active radar device. When you have confirmed the presence of an active radar signal, you can be sure to check speed and reduce if necessary, and avoid the speeding ticket.

There are two primary methods police use to gauge vehicle speed: Radar and Ladar (Laser Detection and Ranging). As its name implies, Ladar employs the use of lasers to measure a moving vehicle’s speed, and can be detected in the same fashion as radar signals. Some detectors are only equipped to detect either Radar or Ladar, however some devices are capable of detecting both, which can be a great value to the driver. There are even devices which jam incoming radar and laser signals, however radar jamming devices are illegal to possess and use in most states and many other places. Laser jamming devices, however, are legal in many states including North Carolina. Police often employ the use of Ladar because of it’s accurate readings and extremely quick response time. A police officer targeting your vehicle with Ladar can determine your speed in only a couple short seconds, and a detector will likely do you no good. In short, the best defense against Ladar is a jamming device, not a detector.

Many drivers view a radar detector as a free license to speed and begin driving more aggressively with the false assumption that they will be able to slow the vehicle in time once a radar signal is detected. In many situations, excessive speeding can still cost you, even if you think you have time to slow the vehicle once your radar detector picks up a signal. Not only will the police officer detect your speed mere moments after training the radar gun on you, but attempting to rapidly decelerate in traffic to avoid a ticket can be extremely dangerous to both the driver and all traffic around them, possibly resulting in a disastrous accident and personal injury. Instead, the primary function of a radar detector should be a passive reminder, and an alert to allow you to reevaluate your speed. If you are unintentionally speeding, the audible alert from the radar detector will prompt you to check how fast you’re going, and can save you a great deal of headaches.

Before you decide to purchase a radar detector, make sure your State does not prohibit the use of such devices.

DeDona Tint and Sound proudly offers state-of-the-art Escort radar detection and laser jamming devices, such as the Passport SR7, which provides maximum warning for all radar and laser signals, and multiple low-noise laser sensors providing maximum range against targeting laser guns. Contact us or visit our local facility to learn more about our radar detection and laser jamming equipment.